What you need to know about ChatGPT

Questions and answers about ChatGPT

I have asked some basic questions to ChatGPT, the open AI that is trending now.

You can find below the answers that it gave about itself.

ChatGPT is a large language model that is trained to generate human-like text.

It can be used for a variety of natural languages processing tasks, such as language translation, question answering, and text generation.

It was developed by OpenAI.

What can GPT be used for?

ChatGPT can be used for a variety of natural language processing tasks, including but not limited to:

It can also be fine-tuned on specific tasks or domains, with enough data and computational resources.

Why everyone is talking about it now?

ChatGPT and similar language models like it have become increasingly popular in recent years due to their ability to generate highly realistic and human-like text.

They have been used in a variety of applications, such as chatbots, language translation, and text generation.

Additionally, advances in machine learning and computational resources have made it possible to train larger and more powerful language models, which have further improved their performance.

Furthermore, OpenAI made the model available for free to the public, which increased its accessibility and therefore its usage in different domains and industries.

What are the benefits of using it?

There are several benefits to using ChatGPT or similar language models:

It is important to note that, while ChatGPT and similar models can produce highly realistic and useful output, they are not perfect and their results should be critically evaluated.

What are the negative points of using it?

There are several negative points to consider when using ChatGPT or similar language models:

In summary, while ChatGPT and similar models can produce highly realistic and useful output, they are not perfect and their results should be critically evaluated.

It is important to use them with caution and be aware of their limitations. 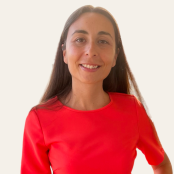 Author: Federica Montella
eToro Popular Investor, food lover and blogger. Stock trader and Popular Investor at eToro. I am on a mission to find the best restaurants and food to eat.

How can I help you?

For info and collaborations, get in touch with me.